The Days of Darkness ~ The Power

Posted by Kelly Flack on Monday, February 21, 2011 Under: Inspirational 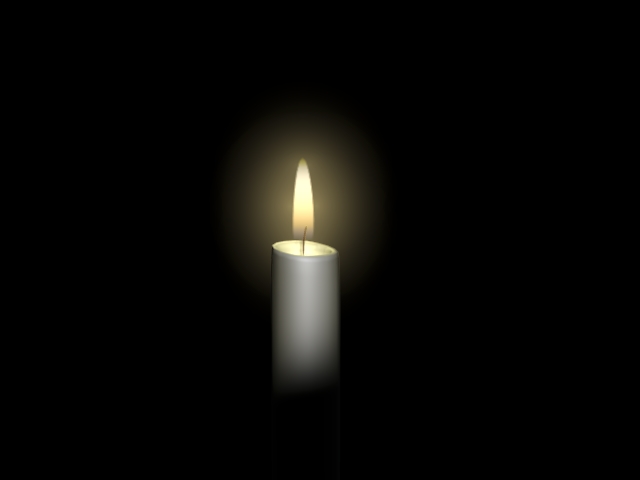 Today is my 40th birthday. It has been an unexpected day. It's been so very hot lately and as I drove home from my morning out, the sky showed hopes of rain. Black clouds gathered as lightning flashed and thunder rolled across the skies. "All talk, no action" I thought to myself as not a drop of rain fell.

I arrived home at 2pm and checked my email and replied to Facebook friends as they sent me birthday wishes. My girls got home from school not long after, eager to play as they grabbed an iceblock each to cool down, quickly did their homework and then headed straight for the play room.

I stared at the chicken drumsticks in the fridge that I was planning on cooking with roast vegies for my birthday dinner. I couldn't be bothered. Too hot, so I grabbed a beer instead. As I sat on the verandah, wishing for coolness, the first drops of rain appeared. Thank God.

Suddenly I heard a shriek from the playroom. Blackout! The girls and I started laughing. No power is all it was. Phew! The lightning flashed and the thunder clapped so loud, so strong. 5pm. Feeling happy that I decided not to cook that big meal after all as it would have been ruined by the blackout.

Candles came out to light up the dining table and kitchen as the darkness fell. the rain stopped, but still no power. Hungry children wanted spaghetti on toast so I fired up the gas BBQ. Yummy toast on there. As we had our candle light dinner, we talked about many things. We spoke of the days of darkness coming in 2012 and wondered if this is what it will be like. (I added more candles to my shopping list)

We laughed and joked. I asked the girls if they were happy, right then and there, in the moment. Little heads nodded with wide eyes and big smiles. I said "this is it ~ this is what we must be like during the days of darkness next year. Just continue to be happy, smile, have fun and love each other"

"Too easy Mum" Cori replied. "This is exciting stuff, who wouldn't enjoy it"? Innocent smiles filled my heart. So precious.

I went on to explain that there will be many scared people out there. Some can't live without power (much like governments but i didn't say that out loud) "Some people NEED to watch TV and have the 'noise' that electricity brings." Jokingly I added "OMG, some people might even freak out because their hair dryers don't work" We cracked up laughing once again.

When we quietened down, I said "Listen ~ what do you hear"? Little mouths stopped chewing food as heads tilted to one side. "frogs and crickets" they replied. Yes, nature. So peaceful. So perfect.

After dinner we played Connect Four by candle light and talked some more. Oh the joys of no power. Just BEing together is a simple joy within itself. A while later, we heard a woman shriek from somewhere down the road. We all stared at each other. "She just realised that ger hair dryer doesn't work" Shayla said. Laughter filled the room again. (the woman was fine as we heard her later on in the night laughing)

8.30pm soon found me tucking my girls into their beds as Billy boiled on the BBQ for my cuppa tea. They have a candle in a bowl of water on their dresser. My angels are sleeping now. It's 10pm and they're making dreams of a better tomorrow. I've had an awesome birthday. Here I sit, still by candle light. Still with no power. I hear the frogs croaking and the crickets chirping.

I think back to what has happened this week in Egypt and now Bahrain. People all around the planet are "pulling the plug" on their governments leaving them with "no power" ~ Ahhh people no longer cowering in fear from the "higher ranking humans". With one voice, we could all pull the plug on politics and then the governments of the world would have no choice but to sit back and listen to the croaking of the frogs and the chirping of the crickets. Such a wonderful thing to simply BE.